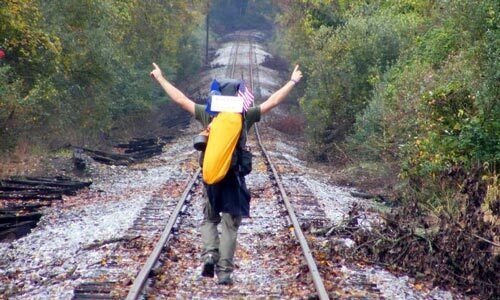 On October 14, 2011 at the age of 23, Andrew Forsthoefel embarked on a 4,000 mile walk across America from his home in Philadelphia to the Pacific Ocean with a sign on his back that read “Walking to Listen.”Forsthoefel spent less than $1000.00 and wore through five pairs of shoes on this epic eleven month journey. Interviews of the people he met along the way, culled from over 85 hours of recordings, were presented on This American Life in May of 2013, as a part of the broadcast “Hit the Road.” Forsthoefel will present and discuss selections of interviews—some that were not included in the radio program—and pictures that he recorded during the trip.