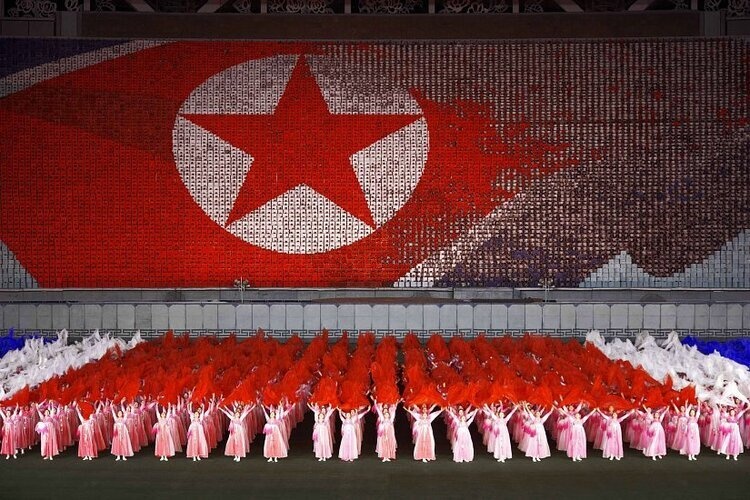 From a Photoshopped rocket launch photo to elaborate military parades, the leadership of North Korea meticulously crafts its public image both globally and for its own people. And with few consistent sources of information inside Pyongyang, and only closely-escorted journalists granted access to the country, understanding the true conditions facing North Koreans – or the foreign policy plans of Kim Jong-un – remains difficult. In a nation riddled with secrecy, what do we really know about North Korea? Join The Chicago Council, the Museum of Contemporary Photography, EXPO Chicago, and the French Consulate in Chicago for a close look at the imagery coming out of North Korea and an analysis of what it means.

Photo credit: Philippe Chancel, Arirang Festival at the May Day Stadium in Pyongyang