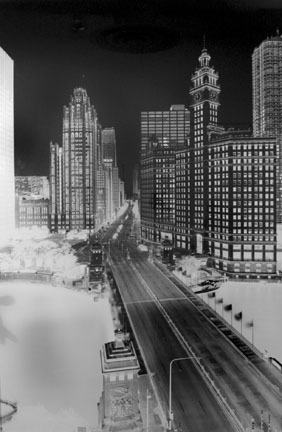 Join the MoCP and photographer Vera Lutter for a virtual sneak peek into her studio! Drawing inspiration from the urban landscape, Lutter's work utilizes the tool of the camera obscura to render the world around her unfamiliar and new.
The camera obscura (literally, "dark room") is one of the oldest optical technologies, the principle of which holds when light passes through a small aperture into a darkened chamber and an inverted image will appear on the wall opposite the hole. Lutter hangs black-and-white photographic paper on the wall to capture the image. The resulting pictures are one-of-a-kind paper negatives. In 2001, the MoCP commissioned Lutter to turn rooms in Chicago office buildings into camera obscuras and photograph Chicago's downtown.
This event will be recorded and transcribed.  If you require special accommodations for this event, please contact mocp@colum.edu.
Image: Vera Lutter, 333 North Michigan Avenue, Chicago, IL, October 16, 2001, 2001 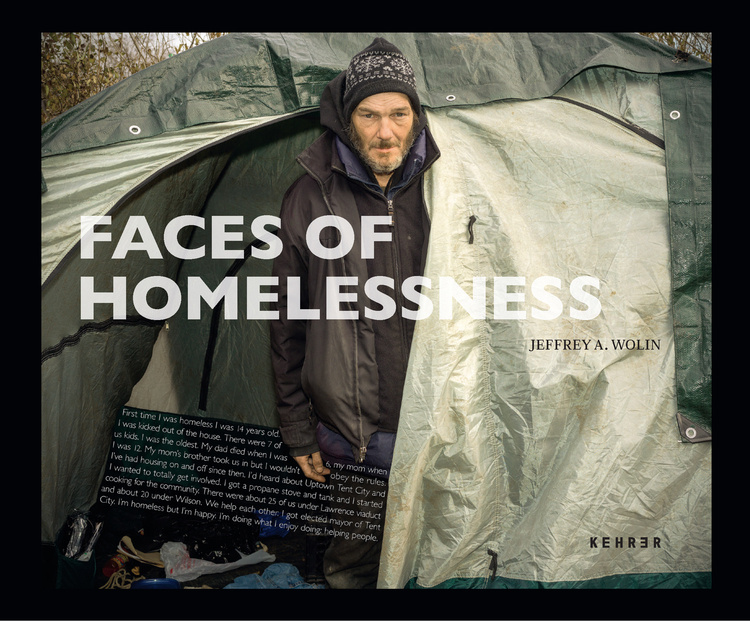 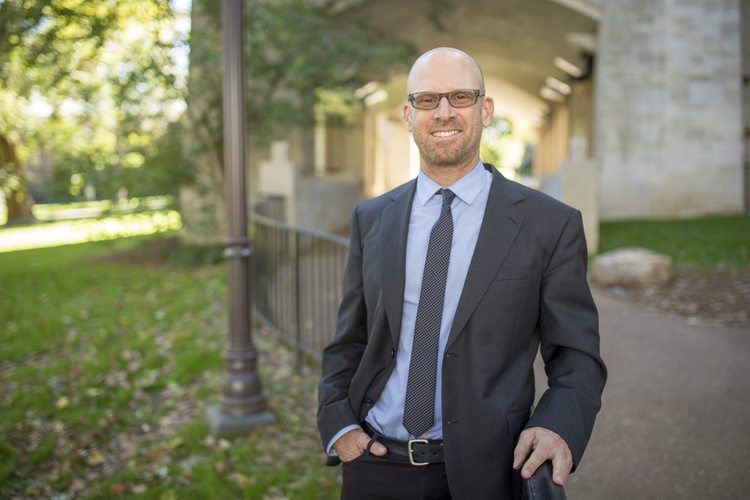 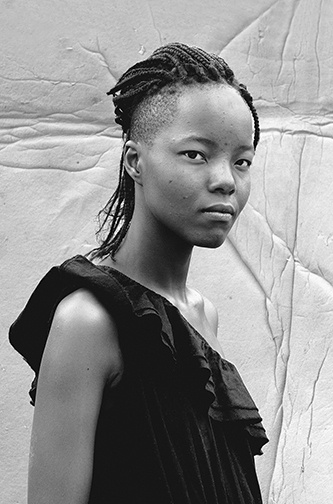 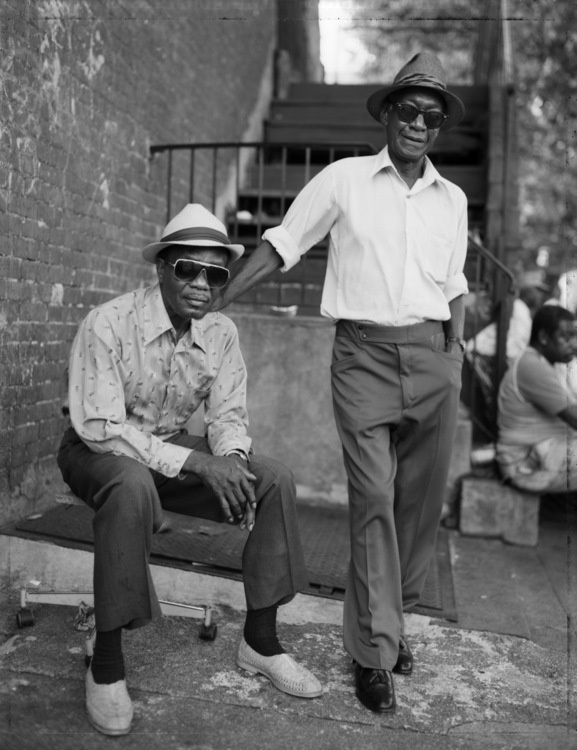