ESS brings its long running OPTION series to the Museum of Contemporary Photography with a performance by Damon Locks.

The OPTION series is curated by Tomeka Reid, Ken Vandermark, and Andrew Clinkman. 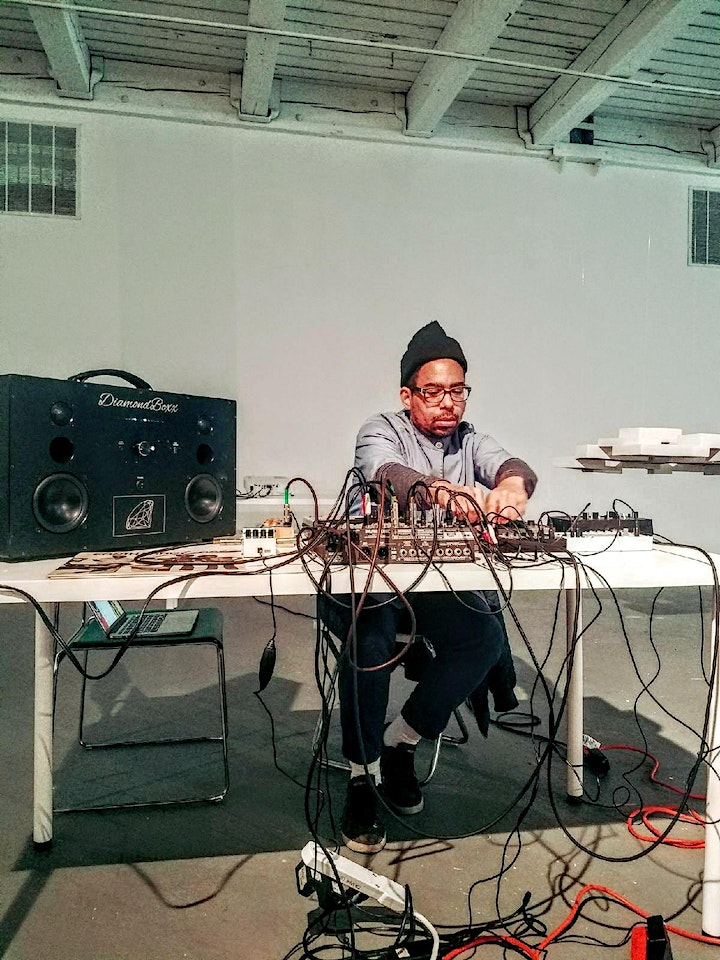 Damon Locks is presenting a new sonic composition that leans into his work with poetry and spoken word. Though spoken word figures prominently in his collaborations with Rob Mazurek’s Exploding Star Orchestra and pops up occasionally in the Black Monument Ensemble, he has not previously focused a whole piece of work on this branch of his practice. As influenced by British Dub Poets like the late Michael Smith and the great Liston Kwesi Johnson as he is by American poets like Joseph Jarman, Amiri Baraka, and Thulani Davis, Damon seeks to step through a door that as been left ajar in his practice for the last decade or so. Utilizing his electronic companions: samplers, effects, and synths, Damon’s new work, Isn’t It Beautiful?…Collapsing, also focuses on creating evocative relationships between found sound/words to create a complex sound collage, highlighting and centering both spoken and sampled word and the poetry that lies between.

OPTION is an ongoing music salon curated by Chicago musicians Andrew Clinkman, Tomeka Reid, and Ken Vandermark and presented by Experimental Sound Studio. Its programming explores contemporary perspectives on improvisation and composition in a 'salon' format, enabling local, national, and international artists to publicly discuss their practice and ideas as well as perform. Curran Hatleberg has been featured widely in exhibitions, including at the ... Behind the Lens: Anna Shteynshleyger

Beyond the Frame exhibiting artist ... Photos at Zoom Discussion Session: Beyond the Frame Gallery Talk: The Legacy of the Institute of Design with Elizabeth Siegel and Clarissa Bonet Join the MoCP and select exhibiting artists for the opening reception of Beyond the Frame.